I-Dosing: Getting High on Music? 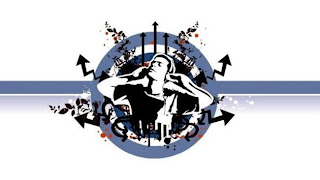 "Music is my ANTI-drug" used to be the saying. But this month, the saying has become "Music is my DRUG"--literally. According to the hype, a new type of digital "music" can induce a drug-like state in the mind, a process that is cheekily termed "I-Dosing." It's real and on retail at http://www.i-doser.com. The altered state of mind achieved by I-Dosing is caused by binaural beats, in which one ear hears a pitch that is only slightly off key from the pitch played in the other ear. This small difference in pitch causes an eerie fluctuating sound, so that you can hear something like wavering "beats" in the continuous tone (musicians will be familiar with this sound, as it is similar to the fluctuations in sound heard when two instruments are slightly out of tune from each other).

The question is, is I-Dosing dangerous? Probably not. It creates a brain state more similar to that of meditation. In fact, binaural beat therapy to treat anxiety had been in use long ago. However, like many things in life, the thing that makes all the difference is one's perception. With the media portrayal of I-Dosing as a type of "drug music", it has automatically set I-Dosing up for adolescent interest, and along with it, parental concern.Yes, it should really just be called "meditative music," but of course that just isn't interesting enough for the press.

Email ThisBlogThis!Share to TwitterShare to FacebookShare to Pinterest
Labels: drugs, music, music and the brain

Musicophilia: Tales of Music and the Brain 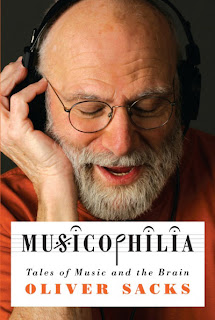 It all starts with a book...

Yes, it's cliche, but for me, very true. It all started with Musicophilia: Tales of Music and the Brain.

My senior year of high school, my AP Psychology teacher recommended this book to me, and, as the music fanatic I am, I eagerly picked it up. It wasn't the neuroscience, it wasn't the psychology, it was the music that first attracted me. Back then, I was reading What to Listen for in Music by Aaron Copland, and The Mozart Guide, and some history of western music book. I was, in short, a music nerd. (...still am.) I was totally unsuspecting of how it would draw me into a field I never knew I never knew: music and the brain.

Musicophilia proceeded to open my eyes to This is Your Brain on Music by Levitin, and later Proust was a Neuroscientist by Lehrer, within a few months. And now, here I am today.

So I must warn you: Unless you want to become a crazy fanatic over music and the brain matters, do not read this book!

Related link:
Blogging for a Good Book: A Suggestion a Day from the Williamsburg Regional Library
~about Musicophilia
at 10:26 PM No comments: